So far I showed you two Photoshop tutorials for Halloween inspired profile pictures. (Demon and Skeleton) But today I tried out my Halloween Makeup for the Halloween Party I’m throwing next Friday. I’m so excited! This year I will dress up as cat basically due to my tight student budget.

I bought a set of ears, collar and tail a few years back but never wore it. A good trick that I learned while living in the States is to buy Halloween costumes in advance for the upcoming year just when Halloween is over. The stores will reduce prices up to 70%. I bought a really cute Alice in Wonderland costume once right after Halloween and instead of spending over 140$ on it I paid about 45$ including stockings and petticoat.

Anyways so back to the cat. The rest of my cat costume will be made by things I have at home. I’m going to wear a black fake leather dress and of course I need a matching Cat Makeup. I didn’t want to spend money on extra Makeup utensils so I tried to create the whole Cat Makeup look with what I had on hand. And it worked out very well actually! 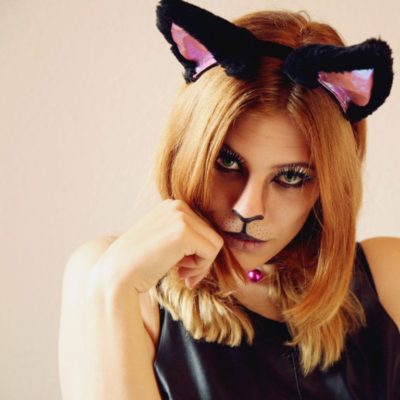 So let’s start with the Halloween Cat Makeup tutorial!

First I applied a base/primer to even out my skin. Next I took my liquid eyeliner in black to create a very strong cat eye. 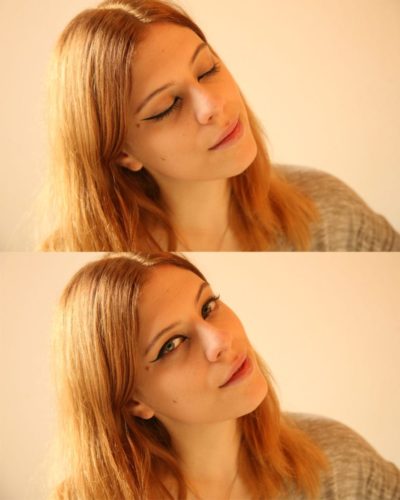 Now let’s start with the nose. I also used my liquid eyeliner for this. But i think any eyeliner would work. I painted basically just around the tip of my nose and a straight line down to my lip. 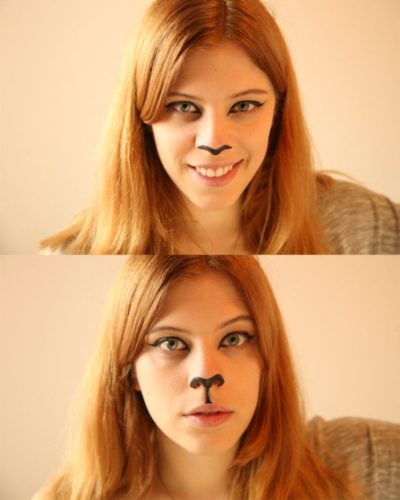 Now I used my black eyeliner pen to paint my lip. If you have a black lipstick even better but as I said before I tried not to buy any new Makeup stuff for this so I used what I had on hand. 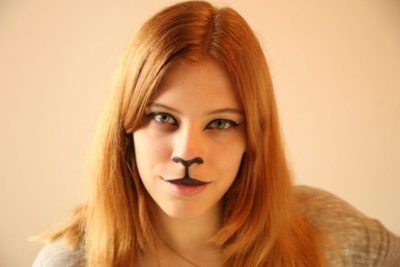 Now I wasn’t too happy with the eyes yet so I used my KatvonD Poetica Palette to make my eyes pop a little more. Obviously you should do that before applying eyeliner. So might as well learn from my mistake! :p I also painted my waterline black and outlined my whole eye in black. 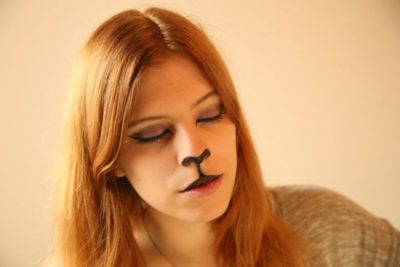 Now I needed to give the look more depth. I applied bronzer on my cheekbones and a lot on the sides of my nose. 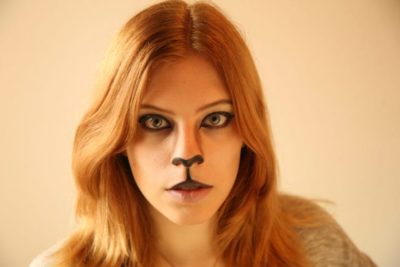 Almost there! In the next step I wanted to create whiskers but than decided to just do the dots. Honestly I didn’t do whiskers because I was to afraid to mess the whole look up but there’s still time till the 31. So I might try it again. 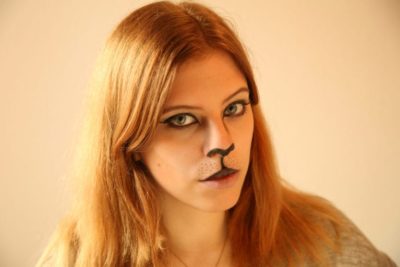 Alright so far so good but what would Halloween be without some glamorous fake lashes? 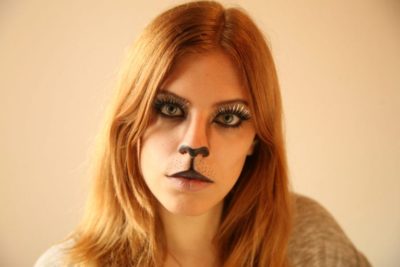 Much better! Now throw on your costume and enjoy the festivities! 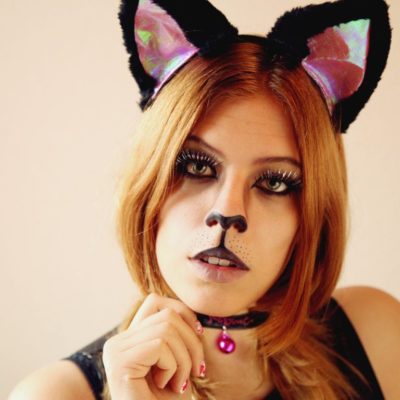 I’m still wearing my Blood Splatter Manicure. It lasts already for over a week!